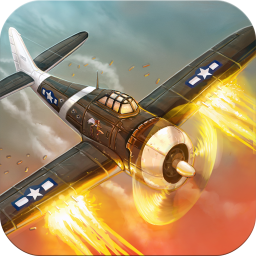 WINGS OF FURY– A GAME OF EXPLOSIVE, RETRO INSPIRED WW2 AIR COMBAT
Take To the skies in this modern re-make of the 80’s arcade classic “Wings Of Fury”.
Wreak havoc on enemy forces with your selection of powerful weaponry. Enjoying intuitive on-screen controls & addictive gameplay.
Key Features:
• Classic Side-Scrolling Gameplay
• Easy to Grasp, Hard to Master
• Multiple Weapon Types
• Responsive & Fluid On Screen Controls
REALISTIC GAMEPLAY
Control the aircraft from take-off to landing with the responsive on-screen joystick & the meaty throttle. Whether you’re ascending at speed or diving manically, the game’s intuitive controls make it easy to steer your way through the chaos.
Unload on the enemy with your selection of guns, bombs and missiles using the buttons to the right of the screen. Be sure to keep an eye on your fuel and oil as you advance through the game’s many levels, and return to base after you’ve successfully pounded your foes. Get on the offensive & eliminate all your enemies before returning to safely to base.
GREAT REVIEWS
4.5/5 What an awesome game/app - Editor's Pick from AppEggs.com
“The game’s atmosphere reminded me of the hugely popular World War 2 fighter games like 1944 and Raiden” – AndroidTapp.com
“A solid, spruced-up A solid, spruced-up version of a 2D piloting classic that for ageing gamers, at least, will be as hard to put down as it is to play” – PocketGamer UK