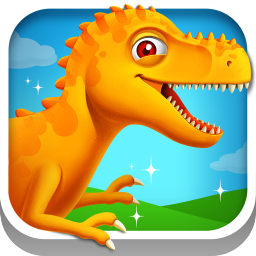 Like Dinosaurs？ Let's go to the Excavation site, let's dig Dinosaur Fossils, exploration and more! Dinosaur Park is a unique Dinosaur fossil exploration game. You can assemble 18 kinds of dinosaurs!
Dinosaurs are cool! It's almost like someone invented dinosaurs for kids! There are the flyers like the Pterodactyl, meat eaters like T-Rex, herbivores (they just eat vegetables like plants and things) like the Apatosaurus, and sea creatures like the Kronosaurus! Of course, you also could find the familiar predator the Raptor here. Are you eager to see them now? Come to Dinosaur Park! Let's excavate the fossils to assemble the dinosaurs. HERE is what they actually looked like!
KEY FEATURES
- 18 kinds of dinosaurs and ancient organisms
- Fun dinosaurs' sounds and animations!
- Fantastic original artwork!
- Kid-friendly interface!
If you like “Dinosaur Park” – try our other kids' apps!
- Dinosaur Games
- Earth School
- Farm School
- Bugs and Bunnies