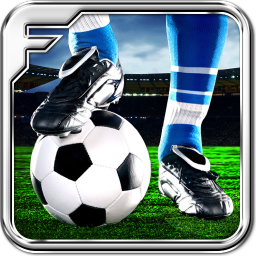 Real Football Soccer Game by unity is ready for you. We're bringing you a real, free fantasy simulation and a comprehensive manager game, all in one soccer package. The newest edition of the free soccer simulation is back to score another win for the franchise with a whole new set of moves. The best teams in the world have the most modern facilities. It's time to be a good fantasy manager. Get your players in shape by developing your training grounds to increase your players’ physical, technical skills as a real manager. Take control of your team on the field during league games or cup games. Starting with a rookie team, you’ll need to improve your players’ abilities to reach the top league and compete against the best teams in the world for the championship and the cup. Following Teams are added. - Spain - German - Italy - Brazil - USA - Argentine - Portugal - France - England - Turkey If you like to play FIFA 2014, real football 2012 2013, football kicks, Barclay football, ea sports football club and espn fantasy football then you will must enjoy this ultimate football game. How to Play: > Select your own team and opponent team. > Control the selected player's movement (left, right, up and down) using the controller (located on left lower corner of the screen). > Press PASS button, to pass the ball to other player. > Press Shoot button, to make a big Kick! > Don't give up, at start you will feel some trouble to play, but after few tries, you can become expert, Enjoy it! Its 100% Full Featured and Free Version. A Game By: Jolta Games Studio