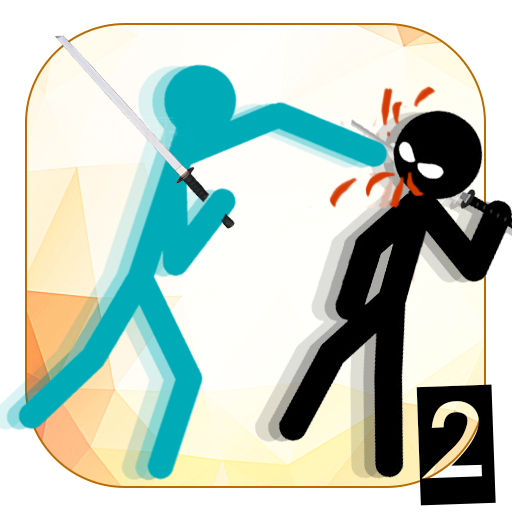 *Min Requirements*
Android 4.0, 512 RAM, 1 GHZ CPU
Remember the stick men you used to draw as a kid? Now imagine they are alive and ready to fight just as you used to picture them! "Stick Men Fighting 2 - Multiplayer" is a fighting style action game in which you can fight your friends in MultiPlayer mode via bluetooth, or fight a sophisticated AI(SinglePlayer mode).
You can choose between four difficulty modes, different player colors and 14 different maps! And that amongst the different moves that you can perform with your character to defeat the opponent, which besides the classic punching and kicking also include some special moves like "shooting fireballs" and "speeding".
Fighting games weren't popular on android, but "Stick Men Fighting 2" is about to change that by bringing to the table this brand new exciting idea. Imagine you could play this game with your friend on any android device just as you are able to play with the usual game console by using a controller. Thanks to your support, the multiplayer mode has finally been released!
Have fun fighting!