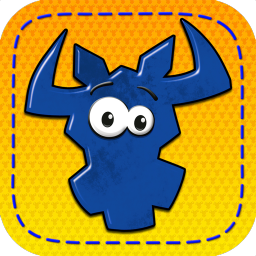 *** Limited time discount: 45% off! ***
6 takes! - Wolfgang Kramer's ingeniously simple card game with "bullheads" - now as an app.
The aim of the game is to avoid getting cards. Each card you have to pick up costs you points for each bullhead on it. The player with the fewest bullheads at the end of the game is the winner. It sounds easier than it is, players will need some great tactics and perhaps a little luck.
6 takes! is regarded as a modern classic among card games and has been sold all over the world.
It has won the German "Games Prize" and has also been nominated "Game of the year".