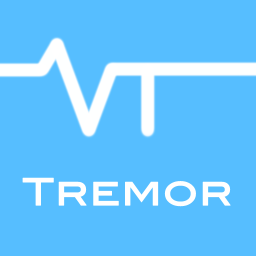 Vital Tones Tremor is a powerful brainwave treatment to reduce or stop tremors.
A tremor is an involuntary, somewhat rhythmic, muscle contraction and relaxation involving oscillations or twitching movements of one or more body parts. It is the most common of all involuntary movements and can affect the hands, arms, eyes, face, head, vocal folds, trunk, and legs. Most tremors occur in the hands. In some people, a tremor is a symptom of another neurological disorder.
Tremor can be a symptom associated with disorders in those parts of the brain that control muscles throughout the body or in particular areas, such as the hands.
Neurological disorders or conditions that can produce tremor including multiple sclerosis, stroke, traumatic brain injury, chronic kidney disease and a number of neurodegenerative diseases that damage or destroy parts of the brainstem or the cerebellum, Parkinson's disease being the one most often associated with tremor.
Tremor is thought to be caused by electrical fluctuations in the brain that send abnormal signals out to the muscles. Several areas of the brain have been implicated in generating these abnormal signals. The signals travel through a variety of brain regions before they make it out to muscles. These regions include the cerebellum, red nucleus, globus pallidus, thalamus and cortex.
Vital Tones Tremor consist of 3 different sessions.
• Session 1 stimulates:
- the substantia nigra
- the corpus striatum
- SMA of hands and wrists