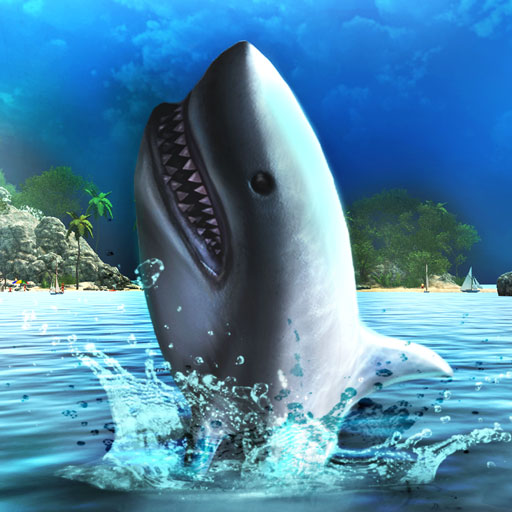 The angry shark is now out for a hunt, as some shark hunters are threatening to overtake its territory. But what the shark needs now more that its territory is an angry shark’s revenge! The shark is on a wild frenzy and is ready to wreak havoc on any prey in its reach. It is time to get in the full swing of being a predator fish, the king of the sea, with Shark Revenge Simulator 3D.
The predator is on a rampage, and it won’t show mercy to anyone who will try to cross its way. Play as the mighty killer shark, swim near to the surface and attack on the people enjoying on the beach most importantly the shooters, but be careful as you might get killed. In Shark Revenge Simulator 3D what the shark seeks is a mighty revenge, attack, destroy and hunt for the hungry shark.
It is time to completely rely on your killer predator skills and fulfil the needs of the hungry shark. With Shark Revenge Simulator 3D roam in the great sea like the great white shark that you are and engage yourself with real shark simulator game with endless hours of shark attack fun. Help the angry ferocious shark in its revenge in a wild sea rampage game!