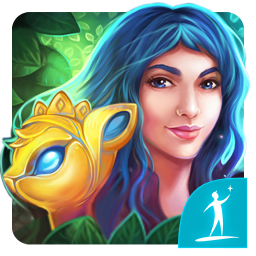 FANTASTIC HIDDEN OBJECT PUZZLE ADVENTURE GAME FROM THE CREATORS OF ENIGMATIS AND GRIM LEGENDS!
There is a secret world hidden at the bottom of the forest: the magical kingdom of Brie where tiny humans live in harmony with animals. When little Max is called home to help his estranged mother, he never imagined it would be the biggest journey he would have to make.
Welcome to the kingdom of Brie: the tiniest land in the world ruled by the mouse king Oliver. Hidden deep in the foliage of the forest, between the blades of grass and mushrooms, there's a place where tiny people coexist with animals. Our little hero Max suddenly interrupts the search for his father when he is called home to help his mother save his childhood home. His only hope is to win a prize in a tournament, but as it turns out this is just the beginning of an epic adventure. Can he become a champion of the kingdom and discover the reason for a deadly drought that endangers everyone? Help Max to unravel mysteries, find clues in hidden objects and defeat all puzzles that stand in his path. Follow the tiny man on an dangerous quest to discover a well-kept secret which, if revealed, could shake the very foundation of the kingdom of Brie. Become the hero and write your own chapter in Tiny Tales: Heart of the Forest.
+++ WE ARE HERE +++
WWW: http://artifexmundi.com
FACEBOOK: http://facebook.com/artifexmundi
TWITTER: http://twitter.com/ArtifexMundi
FORUM: http://forum.artifexmundi.com
YOUTUBE: http://youtube.com/user/ArtifexMundi
PINTEREST: http://pinterest.com/artifexmundi
INSTAGRAM: http://instagram.com/artifexmundi