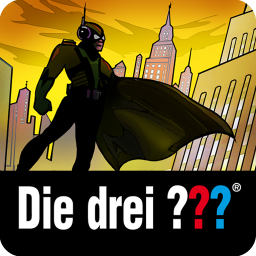 - German language only –
Rocky Beach will become the scene of a top-secret Hollywood action movie series plotted around a league of super heroes acting as spies. But suddenly, the main character has disappeared without a trace, along with his secret super hero suit.
When Peter‘s father – who is in charge of the special effects – receives a mysterious message he asks the Three Investigators to get involved. Indeed there are some spies doing their strange job, even in reality…
Help Jupiter, Peter, and Bob to find the actor – and to prevent the series from being canceled!
*****
Questions or suggestions for improvements:
Mail to android@usm.de
We are looking forward to your feedback!
For more information on news and updates: www.usmgames.com
or visit us on www.facebook.com/UnitedSoftMedia and twitter.com/USM_News
*****