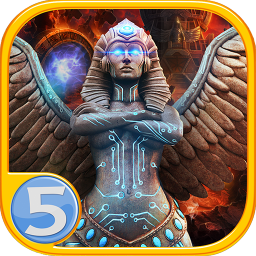 Research into the causes of the mysterious epidemic will have rather unpredictable consequences…
“The Legacy: The Tree of Might” is an adventure game in the genre of Hidden Object, with plenty of mini-games and puzzles, unforgettable characters and complicated quests.
The grand historical museum reception held by Deborah Whitwick became well known throughout the country. An inexplicable viral attack on the guests occurred right in the middle of the lady's solemn speech. When the epidemic began, no one had any idea just what the citizens of New York were facing. An urgent expedition was organized to re-explore the archipelago in the hope of finding information on the nature of the disease. As a linguist and expert on ancient languages, Diana was to join them. She couldn't even imagine how this journey would turn out for her...
+++ Get more games created by FIVE-BN GAMES! +++
WWW: http://five-bn.com
FACEBOOK: https://www.facebook.com/fivebn/
TWITTER: https://twitter.com/fivebngames
YOUTUBE: https://youtube.com/fivebn
PINTEREST: https://pinterest.com/five_bn/
INSTAGRAM: https://www.instagram.com/five_bn/