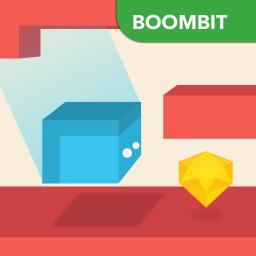 The jelly square sticks only to the floor or the ceiling, always moving forward. Make sure it doesn’t crash. Change sides by tapping to avoid the obstacles coming your way.