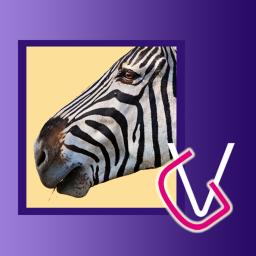 Every year about two million hoofed mammals (a million and a half antelopes, gnu, two hundred thousand zebras and half a million Thompson gazelles) set out via east African valleys in search of fresh grass and water. This great seasonal migration has passed along the same ‘corridors’ for thousands of years from the south to the north, from the national park of Serengeti in Tanzania to the Kenyan reserve Masai Mara, in July-August. In October-November the animals go back to the south following the torrential rains after which the earth becomes covered with thick high grass. Scientists have calculated that to feed up all of the antelopes, zebras and gazelles passing the annual circle of migration, four thousand tons of grass a day are required.

The predators (lions, leopards, wild dogs and griffons) closely follow the ‘migrants’. All of them hope for easy prey since a great number of animals perish during the trip, especially weak ones due to old age or very young. Crossing the river of Mara overcrowded with crocodiles, antelopes mad with hunger jump off the steep right into the jaws of the reptiles, injure each other, break their legs and often perish, their bodies becoming an original bridge used by the following animals for crossing the seething torrent. However, after the monstrously difficult passage has finished at last, there comes a time for breeding and the total number of animals is regenerated rapidly.