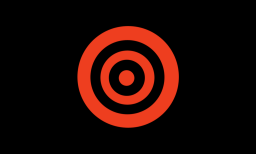 Zoom and spin your way around the world with this fully immersive 3D Earthquake display app. Earthquake 3D uses animated graphics to show you the "big picture" and visualize large amounts of Earthquake data quickly and easily. Go where no seismogram has gone before with a fascinating and mesmerizing look at the world's Earthquakes.

- Many Different Earth Display Types which include population and tectonic plate maps.

- Uses the Siri Remote Control touch pad and gyroscope to position and spin the Earth.

- Filter Earthquakes by Magnitude and Age.

This edition of Earthquake 3D is designed specifically for the TV environment and uses the Siri remote control to provide a new level of freedom and control which extends beyond the phone and desktop to the comfort of your couch. Started in 2003 as a desktop application, Earthquake 3D has become a widely adopted standard for video presentations and visualizations of Earthquake information. Whether you are exploring the geo sciences, or you just want to find out if you felt that last quake, this app will keep you up to date with the latest Earthquake information.