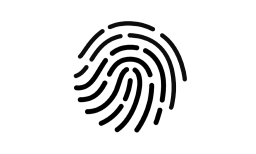 Winkball is a UK-based an Internet television broadcast network. It is the world’s first ‘360 degree’ Internet television production company to be completely virtualised. It organises, produces and broadcasts a large range of TV programmes via its interactive, internet TV channels and internet devices known as Touch TV™.

Through its Touch TV™ technologies and worldwide members network of producers, presenters and videographers, WinkBall broadcasts cultural video news reports and stories that capture the heartbeat of your community, your city - your world, 24 hours a day.