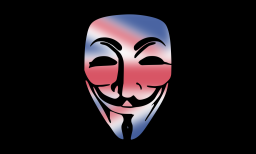 Threat Level is now on Apple TV! Threat Level is an app which retrieves the current UK terrorism threat levels from MI5 and displays them in an easy to read form.