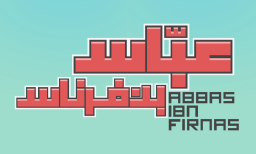 发行商: Another Half
价格: 免费

The first Abbas game was released on iOS at May 1, 2014
Now after 6 years its time to grow and play Abbas on AppleTV
=========
Abbas Ben Fernas was the first human who tried to fly, and he died while he is trying, he is a muslim scientist. in this game help Abbas to fly and pass the walls and achieve his goal.

Don't forget to rate this game
Regards,
Another Half Team :)