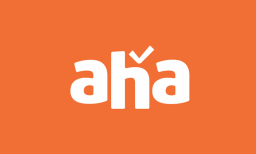 Taking away your trouble of looking for Telugu content in a sea of films and shows of several languages, aha brings to you perfectly curated and choicest of Telugu content under one umbrella that facilitates seamless streaming! aha lets you experience on-the-go entertainment and fulfills your craving for new and exciting content in Telugu entertainment.

Browse our list for your favorite films and get surprised by the massive number of Telugu original shows across several genres (thriller, comedy, love, romance, action, drama and more) and watch out for new shows on a regular basis. Engaging web series like Navdeep-starrer Mastis directed by Krish Jagarlamudi, YouTube’s viral sensation Viva Harsha’s Shit Happens, Geetha Subramanyam 2020 which is the sequel to the popular Telugu web series of the same name, Telangana-flavoured Kotha Poradu with a mass appeal, Kudi Yadamaite and many more that bring to life some real-life stories to keep you all entertained alongside several blockbuster movies that will give you the complete aha experience.

If you subscribe via iTunes:
Payment will be charged to iTunes Account at confirmation of purchase. Subscriptions automatically renew unless auto-renew is turned off at least 24-hours before the end of the current period. Account will be charged for renewal within 24-hours prior to the end of the current period at the rate of your selected plan above.

Subscriptions may be managed by the user and auto-renewal may be turned off by going to the user's Account Settings on the device.

Subscribe Now!! Stream your favorite Telugu movies and originals now.
Write to us at support@aha.video for any feedback and queries.