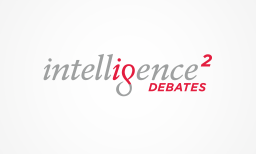 Malcolm Gladwell, Arianna Huffington, Karl Rove, Fareed Zakaria, David Brooks, Laura Ingraham, Paul Krugman, and Nouriel Roubini are just a few of the 400+ luminaries that have had the guts to debate in front of a live audience, win or lose.

Featuring more than 500 videos and debate clips, the official IQ2US AppleTV app is your one-stop destination for debate.