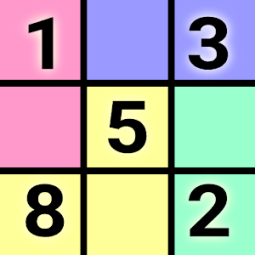 Andoku Sudoku 2 is an outstanding sudoku number puzzle game with an intuitive user interface for beginners and professionals alike.

It offers 10 sudoku variations, eight levels of difficulty and comes with over 15,000 sudoku puzzles. All sudoku puzzles have a unique solution that can be discovered without guessing.

This version of the game is totally ad-free and includes a completely new set of puzzles. An ad-supported free version of this game is also available.

The game can be configured to offer as much or as little assistance as you like.