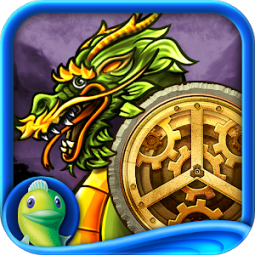 Help Epiphany O’day sneak on board the luxurious and dangerous Imperial Majestic to stop murder and mayhem in its tracks! After being laughed out of her university, Epiphany is on the trail of the ancient and mysterious Dragon Wheel artifact, known for having an enormous amount of evil energy. Travel from Europe to the exotic far east in Secrets of the Dragon Wheel, a fun Hidden Object game.

We’re big believers that everyone is a gamer at heart and that games are a great source of joy and relaxation. Founded in 2002, Big Fish Games is a developer, publisher and distributor of casual games. We offer a virtually endless selection of interactive games that you can enjoy anytime, anywhere — on your PC, Mac, mobile phone, or tablet. Renowned for offering A New Game Every Day!® on www.bigfishgames.com, Big Fish Games distributes more than two million games per day worldwide.

We have many other great Google Play games including:

Visit www.bigfishgames.com from your Android device to see the whole list!