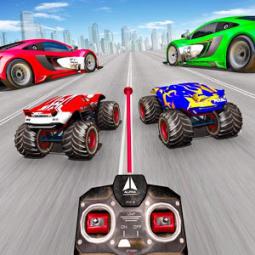 The ultimate stunt car racing on extreme car racing tracks always gives you the tough challenge on impossible tracks as opponent drivers are fast racers so to beat them you need to be pro race car games extreme car simulator driver.

In car stunts mode of the game, there are amazing impossible GT racing stunts tracks with a variety of vehicles like mini toy cars, mini monster trucks, sports cars and so many other modern cars in toy car games.

Select your car from the store once you buy the toy racing car. You can collide the opponent cars on the way so drive carefully to avoid collision and to win top position in this extreme car racing game.

Download & play Stunt Car Racing: Stunt Driving Game for free. Do not forget to rate us or give us your valuable feedback!