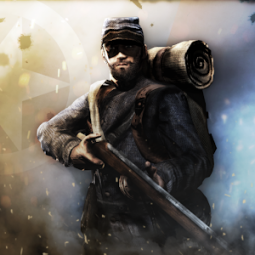 You are a Nobleman. You have the best equipment, the best weapons, and the best armies. Only you can destroy the enemy!

The year is 1896, and war has begun... To your right, Militia are cut down by saber wielding cavalry. In the distance, cannon fire echoes as a lumbering Steam Tank fires its auto cannons. Your Gatling Gun Team unleashes a salvo of fire, cutting down an enemy squad like wheat. Behind you, the drone of your Frigate Class Airship reassures you before unleashing its salvo of supporting fire.

You are a Nobleman, and it's up to you to lead your armies to victory!