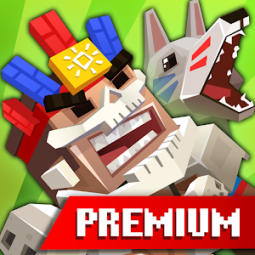 Just for $ 0.99, you get an additional companion — a faithful dog, turn off all the ads in the game and do not let the developers turn into zombies from hunger.

ZIC: Zombie in City is one of the best first person shooter with zombies.
If you like zombie shooting games, survival games and pixel gun 3d — you love this game!

STORYLINE
As the city is infected with zombie virus. Four characters unite to stand against zombie attack. Main goal - surviving in zombie apocalypse. Walking dead everywhere... Life will bring together different people in the zombie killer squad, able to withstand the onslaught of the walking dead.

The zombies come at night, out of the fog. Zombie infection spread throughout the undead city and initiated a zombie apocalypse. Zombies ate my friends... The deadly virus has not touched only us and now only we the hope for all of humanity. We must stop zombie infection!

LONG-AWAITED UPDATE!
Adventure continues! And now the heroes have a new challenge — survival on the island! After survived the plane crash, the heroes ended up on the tropical lost island... But is it so safe, as it seems at first glance?

Incredible storyline, new weapons, colorful locations and new adventures await you in the new update of the ZIC!

ZIC — is first person shooter in zombie survival games genre. The zombie shooter keeps the tension conveying the atmosphere of apocalypse in the city despite the cartoon style graphics.

ATTENTION!
The game is in beta stage right now. You can support the developers by making in-app purchase. It will turn off all ads.
It will also allow us to buy some food and survive in order to make more awesome levels and modes for this game!