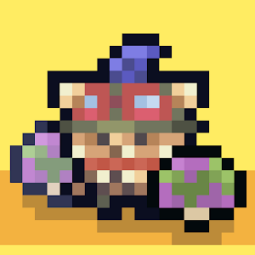 The new tower defence game
Minions in the League are suddenly attacking Champions and Summoners.
Summoner, join the champions and defence from the Minions' attacking and uncover the secrets of this chaos.

▶ Challenge mode
You have to test the limits of your strategy. The challenge mode has a total of 5 levels of difficulty.
- Scuttler : Easy
- Raptor : Normal
- Gromp : Hard
- Dragon : Insane
- Nashor : Hell

▶ Custom game
Create a Wi-Fi server with your friends on a snowy battlefield and test whose strategy is better on a one-on-one basis!

We are preparing for more challenges.

▶ Champions and Skills
Protect Nexus with dozens of skills used by dozens of champions. The three champions can be merged into one and become stronger.

▶ Strategic upgrade
You can upgrade the Nexus, the Tower, and the Champion, and even gain the power of the Dragons. Defend effectively with strategic choices.

▶ Relics and curses
Relics make games easier and more fun, but curses are the opposite.

▶ Cute Poro
There are cute Poro with you. They are as good as any other champions!

▶ Scout
Use your scouts to defeat enemies more easily. But during scout, you can meet the Giant Bandit or some dangerous special statues. You have to choose carefully.

▶ Easter Eggs
There are some Easter eggs in the game. Some of them make Poro cuter.