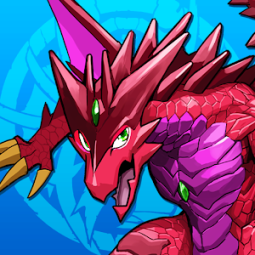 
- SIMPLE YET ENGROSSING GAMEPLAY
Match 3 or more Orbs of the same color to attack your enemies. Unlike most puzzle games, you can move an Orb as far as you want. Try to make as many Combos as you can!

-EPIC BATTLES WITH TONS OF DIFFERENT MONSTERS
Match the mystical Orbs and watch your Monsters attack. String together as many Combos as you can to unleash a devastating attack!

- MONSTERS ASSEMBLE!
Collect tons of unique Monsters and assemble the best possible team. You can use 1 Leader and up to 4 Ally Monsters as you explore dungeons. Obtain new Monsters by completing dungeon or by utilizing the Egg Machines.

- POWER-UP AND EVOLVE
Monsters grow stronger by “Fusion.” Using different combinations of ingredients, you can Power-up your Monsters or try Evolve Fusion to make your team incredibly powerful.

- EXPLORE DUNGEONS WITH FRIENDS
You can make Friends in game or invite your real friends by using their ID. Everyone can enjoy the world of Puzzle & Dragons together!