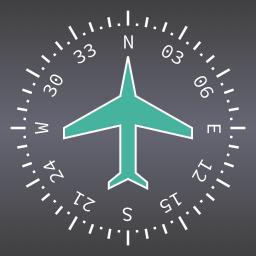 Whether you want to keep all your charts and technical manuals in one single place, have a concise way of performing flight checklists or want to know your way around the airport while on the ground and taxiing, AirEFB allows you to do just that in one single iPad app.

Designed to integrate with the X-Plane flight simulator, AirEFB provides an interface layer to all the documents you need to carry onboard and an absolute must have to find your way to holding point X or runway Y while on the ground.

Using our next generation communications protocol you can connect AirEFB to X-Plane seamlessly and effortlessly. Install a simple plugin and it all happens automatically, on the fly and over the Air; no need to configure anything.

AirEFB is compatible with iPad devices running iOS 9 or later, in all its screen sizes, and connects to X-Plane versions 9, 10 and 11.

CHARTS allows you to access your own synched PFD approach plates, your Air Account uploaded charts, and over 4GB of US airport charts as published by the FAA.

A DOCUMENTS manager allows you to load and query your own aircraft specifications and technical documents in PDF format.

With CHEKLISTS you can create your own aircraft checklists and go through them, as well as load any lists in XChecklist (clist.txt) format or beam them down from X-Plane automatically. Plus the PLANE INTERFACE feature allows items to be preemptively marked completed by looking at their corresponding datarefs before you set them as done.

And last (for now) but certainly not least, the AIRPORT DATA & MAP section allows you lookup your favourite airport and display it, together with your plane and all surrounding traffic with beautiful graphics and animations. Know where you are in an airport, its ATC frequencies in use, the current weather and real-time, wind and altimeter settings as well as seeing all surrounding traffic moving as they do. Taxing will never be the same again.

And this is just the beginning; if you think there's something that should be included in an EFB and isn't in AirEFB, please let us know and we'll try to implement it in one of the next releases.

As this is version 1.0, please expect / excuse some bugs should you encounter any. We'll swiftly fix them soon as they are noticed.