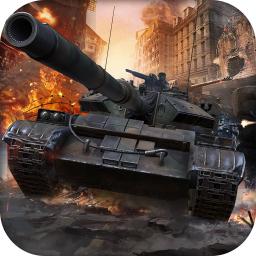 Sir! The country needs you!!! Are you ready for the world war?
Build your Country, produce strong tank, train your soldiers, consolidate the base, command your army to join this world war, launch a massive military action, defeat your enemy and capture his base.

Millions of players are ready for this war
Align with elites, fight with the strong enemy together
Build your own base, control the future technology
Launch a international military action, the war is triggered at any moment
Dispatch your legendary general, accept the secret quest

-Global scale map, conquer the seven continents-
A large scale global map, all the players fight with each other, or become ally.
Gather the resources together, fight with the enemy countries together, beat the dangerous wild mercenaries!

-Legendary general comes again, lead your army-
Hire the legendary generals, every generals have his own skills.
Dominate the war, control the central base, be the King of Military, defend the violation from your enemy, show your strong ability of leadership!

-Scientific research, improve the power of your country-
Research all kinds of economy technology and military technology, content your demands of strategy, balance your economy and upgrade your army, to improve your power, dominate the war.

-The world war has started, fight for the peace-
Finish all kinds of quests, to improve your power, obtain amazing rewards. Join the international events, defend for the peace with all the elite allied players, against to the enemy leagues. Be the King of Military!

Click that red button and start the war right now, join the war to fight, be the Master of your world!
This is a game to end wars with wars!