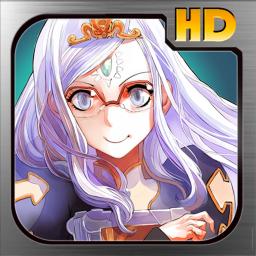 ### Game Overview ###
An HD version of widely praised bullet hell shooter Espgaluda II is here!
Enjoy the shooting sensation right at your fingertips on iPad2!
Dodge and weave through waves of bullets as they fill the screen, and go for a high score!

### Praise for ESPGALUDA II ###
“Now that it's portable, Espgaluda II is a game that can truly be both casual and hardcore: a fun, satisfying time-killer as well as a high score-focused endurance run for the upper tier player on the go.”
- 1UP.com

“It is easily the best 2D shooter experience in the App Store.”
- TouchArcade.com

### ABOUT THE FULL VERSION ###
● TWO GAME MODES
Smartphone Mode features a game system optimized for the iPhone: use the "Awakening Pulse" to touch and destroy bullets! Enjoy Arcade Mode, which is a port of the arcade hit!

Touch to destroy the bullets! Raise your multiplier and destroy enemies for golden point explosions!

● 3 UNIQUE CHARACTERS, 3 DIFFICULTIES, CONTROL AND SCREEN SETTINGS
With all of the customization options available at your fingertips, anyone from shooting game beginners to advanced players can enjoy the world of ESPGALUDA II!

● THE MOST INTENSE BULLET STORMS ON iPad
CAVE has maintained the beautiful graphics of the arcade version and brought some of the most dense bullet patterns ever to the palm of your hand.

● DODGE FOR YOUR LIFE
Controls adapted for smartphones feature slide controls for comfortable play on your device!

● COMPATIBLE WITH GAME CENTER
Internet Rankings and Achievements included for all characters!
*Compete with your friends on Game Center!

All game modes and characters are compatible with online rankings; compete with players all over the world for high scores!

### IMPORTANT ### : For those about to purchase this application, please read the below before purchasing.
ESPGALUDA II will only run on iPad2 (iOS 4.3 and up). Other devices are incompatible.
※Since this application uses a significant amount of memory, it is possible that it will crash when device memory is low. If this happens, please consult our Support Page.
※Turning the expand/shrink accessibility function "ON" may interfere with in-game play.