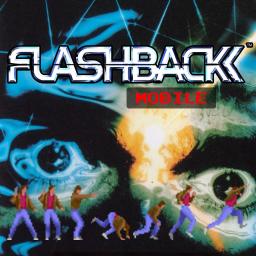 FLASHBACK, the hit action-adventure game that has sold over 2.2 million units makes its debut on iOS ! FLASHBACK is developed by renowned developer Paul Cuisset and is a Guinness World Record holder. One of the first games to use rotoscope technology for realistic animations, with backgrounds that were entirely hand-drawn, this 1993 science fiction classic now includes a modern mode, complete with Post-FX graphic filters, completely remastered sound and music, a brand new “rewind"" function and an adjustable level of difficulty!
The year is 2142. Stripped of all memory, the young scientist Conrad B. Hart awakens on Titan, a colonized moon of Saturn. With enemies and kidnappers on his heels, Conrad must defend himself against the dangers of this new world, all the while unravelling an insidious extra-terrestrial plot that threatens the planet. Rediscover the experience that is consistently ranked among the best 100 games of all time!