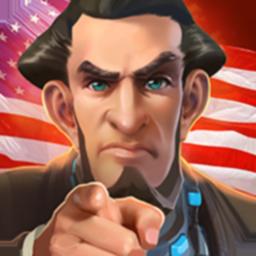 An AI defense system named Cradle has developed a large amount of mechanical monsters and occupied the earth.

As one of the returner troops with highest mission, you will return and take earth back. We are looking forward to seeing the day you rejuvenate earth.

2. Famous National Heroes
Collect national heroes from the historical world and command them to battle. Imagine the famous Lincoln and Suleiman serving in your army!

4. Freestyle City-building
Place buildings through intuitive controls and make your city base unique while growing. Put your imagination on customization.

6. Open World Exploration
No matter what server you hail from, you have the chance to explore the open world by crossing server to server and conquer the whole world.

Join our Facebook community and let us hear from you:
https://www.facebook.com/globalwar.us/