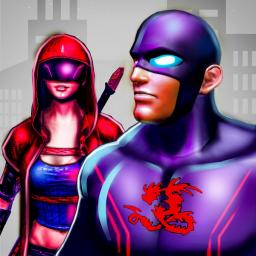 Dragon Fist is not just a guy dressed up like other superheroes that show up and hunt down criminals,monsters and super-villains but he is also the last hope of the city who can save everyone
He has a friend named zoey, she is genius, she worked alongside dragon fist to help protect the city.
super-villains are always coming up with new plans to either rob the city or destroy the city.
Super-villains wants to destroy the city or take over the city, the only thing between them is dragon fist with his unlimited powers and abilities.
Dragon fist has super power and he has to save his city from super-villains.
He can fly, can jump high, make thunder from his hands and major punch.
Dragon Fist does not only save city from criminals but also protect city from aliens attack.