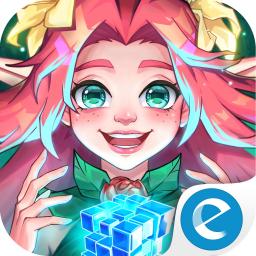 Calling all heroes! The Cube Kingdom Princess's magic was stolen... but she doesn't need a savior! Her fate is in her own hands! Look! She's calling on you to join her team!

Over 120 legendary heroes
Gather heroes of all sorts to create a dream team! Conquer tons of thrilling quests, exterminate demons and save the Cube World! Orcs, Dwarves, Aasimar, Demons, Elementals, Elves, Half-orcs... 7 classes, 7 races and over 120 unique heroes! Create your team and forge your own path to victory!

Get idle rewards
There's free lunch in our world! Get rewards even when you're offline! With no restrictions on time or space, you can play on your own pace! Create your team, then just sit back and relax. Without a single tap of finger, your team will auto battle for gold, materials and gear until your carriage is filled with the spoils of war!

Activate bonds for buffs
Arm your heroes and create an unstoppable team to crush your enemies! Each race has its strengths and weaknesses, and bonds between races provide battle buffs. Be the commander in charge to decide your heroes and formation!

Join heroes around the globe to defeat bosses
Enter Arena to challenge epic bosses! Join forces with friends to claim the throne of Cube World. Participate in multiplayer guild boss battles, and lead your nation to dominance!