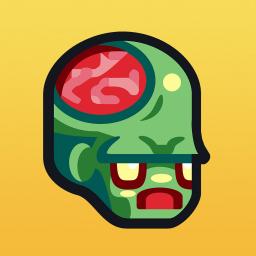 Conquer the world, one bite at a time! Infectonator 3: Apocalypse is a fast-paced simulation-strategy game where your goal is to destroy humanity with your growing army of mutating zombies. Drop your virus into an unsuspecting population and watch the chaos unfold. Upgrade your virus, splice DNA, and unlock dozens of undead creatures with unique powers.

Blending pixel art mayhem and arcade action, Infectonator 3: Apocalypse has you lurching across the world map to wipe out humanity before it wipes out you. By causing the most destruction in each area and reaching target goals, you'll be able to jump from one continent to the next. But beware; not only will humans start deploying powerful zombie countermeasures during levels, but they'll also begin researching a cure. If that happens, it's game over! The good news is that with hordes of zombies, mutated monstrosities, and powerful traps and weapons on your side, you're not giving up this apocalypse without a fight.

The only difference between the mobile version and desktop version is that this one fits in your pocket. Now you can destroy the planet from anywhere in the world, even the bathroom.

Features
Over 35 Zombies to Discover and Craft – Splice DNA to unlock new mutations, from common walking-undead to leaping alien parasites. Build your brain-hungry army and master their abilities to turn humanity into mulch.

A Wonderfully Warped World – Infectonator 3: Apocalypse takes place in the real world... well, sort of! As you destroy the globe, you'll encounter parodies and morbid humor of all sorts, but beware. The humans will not go quietly and have their own defenses.

Over 200 Unique Interactive Levels – Open or lock doors, blow up walls... use the environment to your advantage and make sure your zombies get to the very last human to earn bonus cash and creatures for your lab.

Built for Challenge and Customisation – Randomized events, mutations, and locations add difficulty to various maps, while optional modifiers can make the game harder... or more casual, if you prefer.