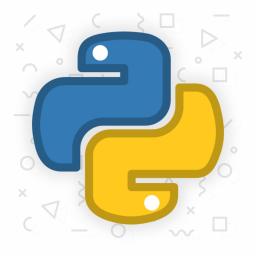 Python is a general-purpose language, which means it can be used to build just about anything, which will be made easy with the right tools/libraries.

Professionally, Python is great for backend web development, data analysis, artificial intelligence, and scientific computing. Many developers have also used Python to build productivity tools, games, and desktop apps, so there are plenty of resources to help you learn how to do those as well.

Learn Python Object-Oriented Programming:-
Python has been an object-oriented language since it existed. Because of this, creating and using classes and objects are downright easy. This chapter helps you become an expert in using Python's object-oriented programming support.

Learn Flask Framework:
Flask is a web application framework written in Python. Armin Ronacher, who leads an international group of Python enthusiasts named Pocco, develops it. Flask is based on the Werkzeug WSGI toolkit and the Jinja2 template engine. Both are Pocco projects.

Learn CherryPy:
CherryPy allows developers to build web applications in much the same way they would build any other object-oriented Python program. This results in smaller source code developed in less time. It is being used in many production websites.

So what are you waiting for! Download now and Start your Python Journey.