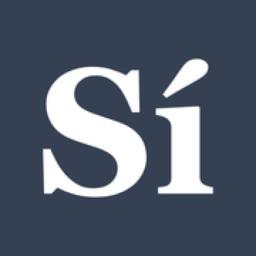 Did you know that you may be wasting a huge portion of your time learning Spanish due to inefficient learning methods? Let me tell you how you can learn FASTER.

It’s all about a new technique called Intelligent Cumulative Exposure. As much as we’d like to think that we can improve our Spanish by watching movies or just being dumped in the right country, our brains are proven to best absorb new language concepts one-at-a-time, in small increments. And I don’t mean just learning word lists one-at-a-time. I mean building your actual sentence-forming skills from the ground up.

Intelligent Cumulative Exposure (ICE) is the system of introducing concepts incrementally, at gradually increasing difficulty, in the context of REAL sentences, while repeating the tough concepts in the right intervals of time based on YOUR confidence levels. ICE is also a method that explains grammatical nuances in PLAIN ENGLISH rather than hoping you just “figure them out” through immersion.

There's no reason you should be hearing totally unfamiliar strings of gibberish fly in one ear and out the other. You should be building yourself up by scaffolding one concept at a time.

The problem is that there are currently NO apps on the market that apply the simple ICE method. Creating a comprehensive curriculum based on Intelligent Cumulative Exposure takes WORK, and most app developers are more concerned with flashy software than with actual learning sciences.

Brainscape’s learning scientists from Columbia and Yale Universities have spent the past THREE YEARS developing a complete, scientifically optimized Spanish curriculum tailored specifically for the mobile environment. In the process, we have created the first web and mobile app based around Intelligent Cumulative Exposure. Check out our 40-page white paper on our website, explaining the cognitive science behind why this works.

With Brainscape's Learn Spanish, you get:

- A carefully tailored curriculum that builds on previous concepts and guides you from beginner to conversational at your own pace
- The equivalent of FOUR YEARS' WORTH of high school Spanish classes
- Over 10,000 AUDIO flashcards for the most common Spanish words, phrases, and sentence constructions
- Simple explanations for key grammatical concepts and the most common verb conjugations
- Ongoing feedback, statistics, and visualization tools to help you track your progress
- A network of thousands of other learners who support each other’s learning every day

We look forward to working with you over the months and years to come. You’ll be glad you joined the Brainscape community.