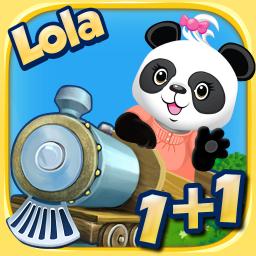 Join Lola on her journey as she makes her way through a fun filled environment of bright colors, interactive characters and creative problem solving to get all of her friends to a party! Specifically designed for children 3-7 years old, Lola’s Math Train encourages children to learn key skills like adding, subtracting and puzzle solving all while having fun!

What do professionals say about Lola’s Math Train?

WIRED: “I really like math", my six-year-old announced, Geekmom, Melissa Wiley
Famigo says: "5 stars! Cool"
ModMyi.com: “Must for parents with children obsessed with their iPads, and those who want to help their children during the most formative years.”
iMore.com: “Not only fun for your child, but also very educational”
The iPhone Mom: “Lola’s Math Train is another quality app from BeiZ and I have to say Lola’s friends are absolutely adorable.”

Developed by BeiZ Ltd., a company who strives to provide enjoyable moments and learning opportunities to children and parents alike, Lola’s Math Train is an excellent tool for any child or family aimed at improving developmental skills.

With the new AI technology, Lola's Math Train separates itself from its' competitors by introducing self leveling games that are dependent on the success of the player within each of the levels.