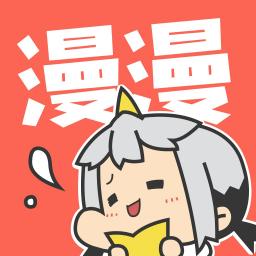 [excellent comics, all in the Manman]
The charming prince, the warm little dog, the bully boyfriend with black belly and high cold belly, Aojiao Jiekong, the cool and handsome schoolboy boyfriend
"Durian is not as good as spring": a love work of ancient style. Xie Yan, the daughter of a general who was raised by thousands of beauties and thousands of pets, lost her parents overnight, but was involved in the "battle between Emperors" in the court because of her family status.
Two don't doubt: for the first time, the great God of the novel, the green wild thousand cranes, crossed the border in cartoon. Originally, the two emperors, who were disgusted and distrusted each other, exchanged bodies because of accidents. Read more than 1 billion internet comics.
"Beating the earth three feet and there is a God": the magistrate was ordered to go to the world to catch the king of hell. In the investigation, he found that the time of confusion pointed to a bigger plot.
"Men's clothing shop" and "royal highness of the princess": a woman dressed in a beautiful little skirt is broken up heartless.
"Fat back to the Tang Dynasty as a goddess": in the pursuit of extreme emaciation fashion, little fat girls have been frustrated repeatedly. By chance, I passed through the Tang Dynasty and reaped a piece of God.
Earthexpress: family members can't give up the miss, the life that comes from love, the conscience that can't be retrieved, these can be express, do you believe it?
Hello, see the ear: the cartoon version of Bily Bily popular animation Hello, see the ear, super cute combination of uncle and cat ear teenager.
Disciples: Yinglong brother's daily life has started a wonderful journey of cultivation in the world of people's disputes between immortals and Demons
"Inhuman": popular network man, immortal fight, even before the founding of the elite, after the founding of the country also need to keep pace with the times!
Eh? Pick up a little zombie Season 2: popular network man picks up a little zombie. The mystery of the Zombie's life story is about to be revealed
Don't go after school: how long is it? The cross-border cartoon is used as the script. Self-interest and hatred before the transfer of students
The only daughter of the Emperor: the only daughter of the ogley Empire

[one app, two wonderful] at any time and anywhere, the network is popular with massive comic and novel resources. On the basis of the original comic, add the novel section, adapt the comic of the popular novel, read the same name comic novel together, and enjoy double happiness!

[full color cartoon, make you happy] Super high-definition full color picture, let you experience the most extreme visual enjoyment; super comfortable layout, let you easily and quickly read even if you are crowded in the subway. Funny comics make you laugh and get rid of all kinds of unhappiness.

[massive resources, waiting for you to explore] selected and recommended by the editor every day, the tyrant president will be chosen by you, the campus love will be moved by you, through the great counter attack of rebirth, the mysterious martial arts will be quick and cruel, all kinds of themes will be searched, and from then on, we will say goodbye to the endless shortage and fear of choice.

Warm tip: this app is not available for minors to download