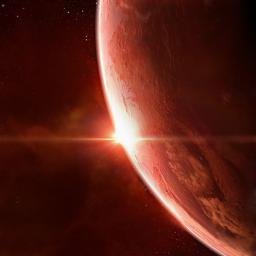 "Humans have two possible directions: we stay on Earth forever and wait for the next extinction event, or become a spacefaring civilization and a multi-planet species."
--- Elon Musk

The universe is not chaotic. Everything within it is connected with each other in various ways, as lives look for new lives, and a new world looks for another.

For centuries, brave human explorers have been looking for another world to live in.

Mankind are lucky. Mars, the closest planet to earth, was once a blue planet, even regarded by some scientists as the birthplace of life in the Solar System. Billions of years of accumulation empower Mars with rich natural resources. But the cooling down of planetary core deprived her of atmosphere, ocean and lives...

With the current technology, humans are capable of traveling to and building bases on Mars.

Mars Immigration Mission is not for the next generation, but for now!

[Game Feature]
- First thing is to survive and be self-sufficient. Hoard resources to prepare for immigration and development.
- Control the pace of immigration. Haste may be counterproductive.
- Mars is divided into a number of bases with different climates, terrains, topographies and resources.
- Various directions of base development: residential, industrial, life and military, etc.
- Customize your base with talent abilities and support effects to make it unique and powerful.
- Coordinating between different bases to make your development more efficient.
- High degree of freedom. Each decision brings different effects.
Please contact us if you have any suggestion:
Email:marsland@qq.com
https://www.facebook.com/MarslandGame