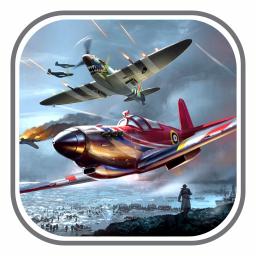 Feel the power of Modern air combat warplanes in 3D sky dogfight !
Jump into your Modern warplane and fire until the skies are clear of enemies!
In this air combat game, you could show your clever fighting way to your enemy but also you got varied weapons to fight in any situation with army men.
Don't wait, just get it now in no time, 5 star game for free.