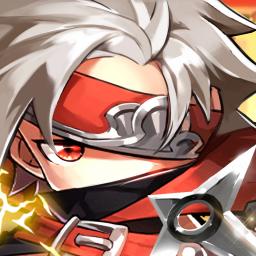 【game background】
The scroll of Ninjutsu in ancient times is the highest ancient book about magic God and Ninjutsu. It is said that the winner will surpass the power of six ways to control seven magic gods and dominate the world forever! Wanzi Valley has been spied by many forces because of the ancient scroll's remnant chapter. Later, because of the betrayal of the seventh generation's Tianjing, Wanzi Valley has been disintegrated and destroyed by the imperial court, and the remnant chapter has not been found!
After removing the imperial power of Wanzi Valley, the imperial court's rule is even darker……
The cruel hegemony led to the rebellion of general Kuang Yin and the establishment of the revolutionary army. Not long after, the nine throne in the northern snowy capital also had the self-respect of mercenaries, and the dark palace and the exiled society emerged as a new force!
The situation in the world is in chaos, and the war of zero is about to break out……

【game features】
【diversified character growth routes】
Rich character attributes: attack, defense, critical chance, critical damage, breaking defense, HP recovery, etc. Each upgrade has a property growth point. Let you take a different route. Defensive flow? Burst flow?
【extraordinary strike experience and combo system】
Discard the traditional skill one click release mode, let simple moves can be released through combination, let you play better, weapon growth will unlock different moves, let you become a master of continuous moves!
【well designed level】
Every time you enter a checkpoint, you feel in danger. Every time you pass a checkpoint, you feel relieved. Every upgrade gives you a sense of accomplishment.
【creative boss】
Every boss and even every hero's every move, we have repeatedly pondered and studied, to ensure that they will leave a deep impression on you.