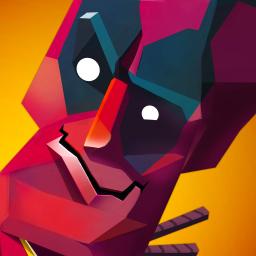 The boys are back , and they look better than ever! Oh…Sir! The Hollywood roast is a brand new spin-off to the surprise indie hit of 2016, Oh…Sir! The Insult Simulator. This time around we’re taking tinsel town down a few notches, whilst classing up the joint. Play as one of many famous, but for legal purposes, slightly different pop culture icons and verbally spar with other Hollywood elitists using a deep battle system.

Verbally joust by yourself or take your verbal skills on a global PR tour and battle friends and family from anywhere in the world.

- Unleash the sickest burns on your opponents in a Hollywood-style roast
- Play alone, online or couch multiplayer
- Deeper-than-you-think mechanics featuring combos, continuations and exploiting your rival’s weak spots
- A star-studded new cast of crazy Hollywood characters
- Free updates with new characters and scenes coming soon to a screen in your house
- Set the scene with a slew of iconic film backdrops
- New controller integration that critics everywhere are calling “gripping”
- Bigger, ruder, insultier
- New comeback mechanic - charge your anger and finish the sentence with a unique closure
- Expanded career mode - master each scene to win Golden Parrots and use them to develop your character
- Redesigned scoring system - more fair, more clear.

人们在寻找一个应用时都使用哪些词？
正确的关键词可以帮助一个应用提高被发现的几率，并且增加下载量和收入。App Annie追踪上百万个关键词，这样您就可以为您的应用获取更多的下载量，并且了解您的竞争对手正在使用哪些关键词。
该应用没有评级……
This is very amusing
Plz update to fit iphX and think about adding Chinese, maybe? That would be much more fun