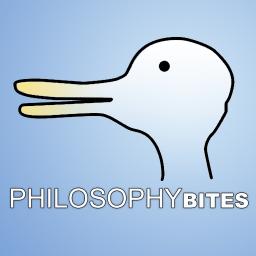 This is the most convenient way to access Philosophy Bites on your iPhone, iPod Touch, iPad. You're always connected to the latest episode. Instant access, just touch and play!

* About the Hosts*
David Edmonds and Nigel Warburton are the co-hosts of Philosophy Bites.
David Edmonds is co-author of Wittgenstein's Poker - this focuses on a ten-minute argument between Karl Popper and Ludwig Wittgenstein. His other books - also written with John Eidinow - include Bobby Fischer Goes to War (on the notorious chess match between Bobby Fischer and Boris Spassky) and Rousseau's Dog , which dissects the famous quarrel between David Hume and Jean-Jacques Rousseau. His day job is making radio documentaries for the BBC.

Nigel Warburton has written a number of books including Philosophy: The Basics , Philosophy: The Classics, Thinking from A to Z and The Art Question. He is Senior Lecturer in Philosophy at the Open University. He has also made a number of programs for BBC Radio 4, writes a weblog called Virtual Philosopher and regularly leads courses on the philosophy of art at Tate Modern. His latest book, Free Speech: A Very Short Introduction, was published in February 2009.

As an added bonus, you get bonus stuff!

(Please note, not all features are available for all episodes. This app is compatible with the iPad, iPod Touch and iPhone.)