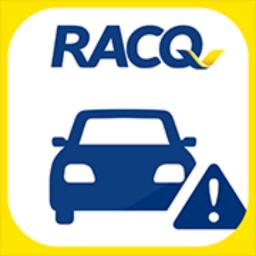 With RACQ’s Roadside Assistance app you have RACQ in your pocket, wherever you go. Request roadside assistance using your smartphone - no need to call unless it's an emergency.

- Automatically detect your location using GPS^
- Request roadside assistance at the tap of a button
- Track the status of your request and get confirmation help is on the way*
- Track approach of our patrol to your location*
- Take an app tour
- Access the latest road conditions across Queensland including road closures, road hazards, incidents and events
- Join RACQ and see your member information

RACQ Roadside Assistance was featured in iOS Store on 1 placements in 澳大利亚 on 2016年4月13日.

Was stuck on a shopping centre with a blown tyre. Rang RACQ assistance and was told a vehicle would be 45 minutes ... they were 15. Needed to be towed and was told the wait would be 2 hours ... it was half an hour. Probably just lucky but both gentleman were excellent and got me home safe and sound.

I broke down and called assistance and they said it would be up to 60 min and I would get a text when they were on their way. I headed to a cafe down the street since it was a very hot day and not much shade where the car was. I thought I could use the app to be back in plenty of time. As soon as I downloaded it, it said the assistance was 6 minutes away so I raced back. Then nothing for 20 minutes. Then it said 8 minutes and the truck was somewhere else on the map. Then a while later it said 9 minutes and was somewhere else. In the end I waited 45 mins in the hot sun based on wrong information. If I just waited for the text and never looked at the app I would have been much better off. Deleting the app.

Change the card so the membership number is delectable

When I’m using the card for other purchases I need to input the number. Much easier if I can select the card number and copy paste.

I already had this as a working app. Just got the text for the tracking roadside assistance, the link updated the app, now it’s unstable and won’t open. Just self closes.