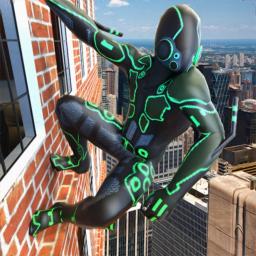 This Light speed dedicate his life to fighting crime as Radio Man. Fight mobster and gangster trying to steal cars and spread terror. Fight real gangster bosses and street thugs to lower the crime rate in the mad city.

This Super Hero Flying Simulation fighting game utilize light speed hero ability and eliminate the crime city gangster gangs in no time. Grand city robbers and criminals of Miami city real crime simulator must bow down before you or get killed with no other option left for them.

Most exciting 3d fighting game thriller super light speed hero will help people and rescue them to the safe place. If you love to be the fastest man alive participating in the grand wars of auto theft games and real action of crime mafia gangsters then don't miss the opportunity to be the best superheroes and real crime simulator games. Be ready for superhero combat or adventure fights with city battle & action to destroy the evil enemies by making the best ever fighting approach in the most addictive flame super speed hero simulator or superhero games 2019.