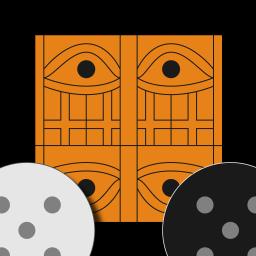 Royal Game of Ur

This game dates back to at least 2,500 BC. Ancient boards and pieces were discovered in what was once the region of Mesopotamia. These were found in the Royal Tombs of Ur. There are many theories on how the game was played at that time. A game of chance and strategy that pits black versus white.

• Two variations to choose from for game play.
• Play against the computer.
• Play 'head-to-head' against friends or family.
• Play online opponents as well as compare your scores with other players using Game Center.