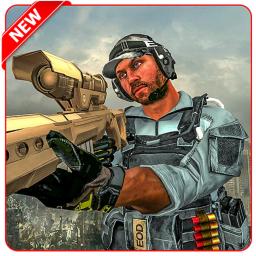 Army Sniper Assassin Gun Shooter 3D offers a modern warfare, with the most amazing team of advanced sniper Shoot Killer, commando, frontline shooter and deadly army combat gunner. The army force of battle and the survival stories had no important impact on this mafia and gangster war. Already many terrorists are convicted and no way is possible for the escape the deadly prisoner. This is the battle of freedom and this is going to be the final battle. The terrorists cannot escape your final commando strike, so there would be no chance of their survival battleground. You have to eliminate all their secret weapons, hidden in the secret basement storage of their criminal base. These steps are necessary for the security of your country and the welfare of your fellow countrymen.