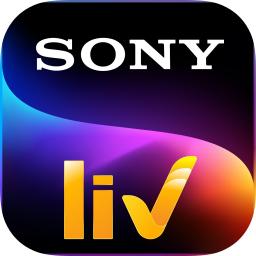 The all New SonyLIV.

Glitzy New look, spectacular New Originals, thrilling live streams of Sports and an all New experience that lets you stream 40,000+ hours of binge-worthy stories! That’s four and a half years of stuff to watch!

Highlights
· Never a dull moment. One New Premiere, every Friday, every week for the rest of the year.

· All New SonyLIV Originals made by the biggest storytellers.

· Just watched a show that you know your friends and family will love too? Now share your favourite shows with them in a jiffy!

· Do not disturb. Subscribe to our pack and get rid of those irritating ads and have a super smooth, uninterrupted streaming experience.

· Watch all your favourite shows of Sony SET and SAB TV same time as TV.

· Watch on 2 screens at the same time.

Your Honor – Based on a hit Israeli show, a thrilling original web series that chronicles the life of an honest judge, Bishan Khosla, whose son gets involved in a hit-and-run case. Caught in the dilemma between family and morality, will the judge in him be able to save his son?

Avrodh – Based on Rahul Singh and Shiv Aroor’s book ‘India’s Most Fearless’, Avrodh is a political thriller that is an authentic depiction of India’s first surgical strike. With Amit Sadh portraying the real-life Indian Army officer, this original web series will evoke a sense of pride in you.

Undekhi – An absolute binge-watch, this suspense thriller showcases the story of Rishi, who witnesses a murder at a big fat Indian wedding in Manali. He decides to do the right thing, risking his life. This LIV Original has surprises at every turn, and will keep you hooked till the very end.

This app is a total fraud

I bought the subscription for a month about two days ago and it was going all good until it suddenly told me that I had used up my free preview and I had to subscribe to premium. What us the logic? I have about the whole month (minus 2 days) left and the subscription was unlimited and didnot mention any number of views allowed

Not available in my region. Bad