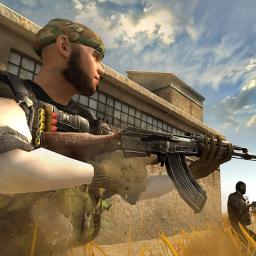 Ready for the combat attack in the battle war arena that can be started suddenly but as a sniper commando you break the power of the enemy by destroyer their mission.enemy invasion has been started on royal city attack. Survival royal know the arena battle in fort night combat fight battle warship.you are the warrior hero of battle shooting games and destroy elite commando attack war on royal city, you are the best army man whose destroy all terrorist enemies assest. You are the sniper agent of the battle arena and complete the mission to kill all the attacker on the fort night battle arena.protect the citizens and fight against all the enemies. Complete frontline shooting mission in fort battlefield.