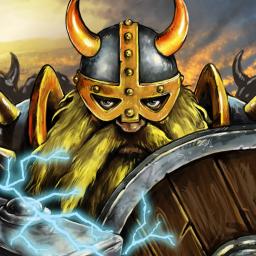 300 Dwarves is a tale of an epic dwarven mercenary band. Their axes are for hire to anyone willing to pay in gold or treasure.

The once peaceful kingdom was attacked by the green horde and it was up to the gamer, the Leader, to prepare its defense. This began an epic journey in order to save the world from the green menace! Users are a dwarven commander, leading the band into battle. The choices you make will now decide whether your dwarves make it or not. As an old dwarven proverb says:

300 Dwarves features five unique towers with upgrades. In addition to that, the commander can use special powers like: artillery barrage, battle horn or even power of the rune magic. To provide non-linear progression of the game, the player can achieve skill point counts in the game as treasures, which can be spent as upgrades on skill tree.

You will travel through diverse lands of the kingdom and face different enemies ranging from small green goblins, through a whole menagerie of creatures.