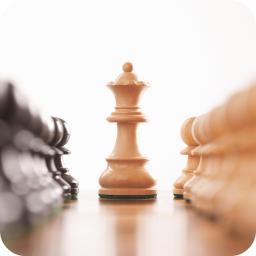 NEW collection of 400 positions! 200 problems on the fundamentals of strategy, in which it is necessary to achieve the advantage by creating positional weaknesses in the enemy camp. And 200 positions in practically all the main theoretical positions of the endgame.
Needless to say, what an important role in the chess game is played by its final stage - the endgame.
Well-known advice for chess fans of the third world champion of the great Jose Raul Capablanca: study, first of all, endgames, in order to better understand the values of the pieces and to feel their interaction!
Everyone who understands the endgame understands chess. Endgame technique is the best indicator of a chess player's abilities.
Specific:
- control over strategically important fields by creating outposts;
- control an open line or a diagonal for your pieces;
- limit the mobility of enemy pieces;
With the help of technical methods such as, for example, a win exchange.

These tasks do not pose the task of immediately winning the party, but according to the principles formulated by the first world champion Wilhelm Steinitz, to achieve improvement in its position in comparison with the one that was originally, that is, Is shown in the diagram.

W. Steinitz taught: "The task of the leader of a positional battle is to regularly and systematically accumulate the smallest advantages and try to turn temporary advantages into permanent ones, otherwise having the advantage of risk losing it."

This collection is addressed to young chess players, coaches, teachers, parents. It can be used for training, as well as for independent studies.